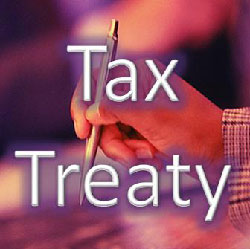 India and the United Kingdom have signed a protocol to amend the existing tax treaty to streamline the provisions relating to partnership and taxation of dividends in both the countries.

A new article is also proposed to be introduced in the Double Taxation Avoidance Convention (DTAC) to facilitate assistance in collection of taxes.

In another significant move, both countries have agreed to introduce in the convention anti-abuse provisions popularly known as “limitation of benefit’’ clause. This is to ensure that the tax treaty is not misused and treaty shopping is prevented.

The new article on assistance in collection of taxes also includes provision for taking measures of conservancy (of tax base).

The protocol would enable tax authorities of the two countries to exchange banking information. It also provides for sharing of information to other agencies with the consent of the supplying state.

Both the countries would further enter into Memorandum of Understanding (MoU) to expedite exchange of information and assistance in collection of taxes.

The protocol was signed on October 30 in London by Jaimini Bhagwati, High Commissioner of India to the UK on behalf of Indian Government, and David Gauke, Exchequer Secretary to the Treasury on behalf of the Government of UK.

Also, the withholding taxes on dividends would be 10 per cent or 15 per cent and would be equally applicable in UK and in India.

This protocol amends the earlier convention that was signed in New Delhi on January 25, 1993.