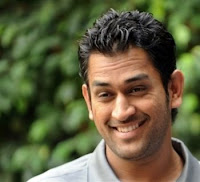 Team India Captain Mahendra Singh Dhoni has paid Rs 12 crore income tax so far this fiscal and the department is optimistic that he would accomplish a hat-trick as the highest individual income taxpayer in Jharkhand.

“M S Dhoni has paid Rs 12 crore so far. We expect he would become the highest income tax payer in the individual category from the state when the 2012-13 fiscal will end in March,” a senior Income Tax official told the news agency over phone.

“For the last two years, he has been the highest payer as an individual. We hope he crosses last year’s payment of Rs 17 crore this time,” the official added.

Company-wise, Central Coalfields Limited has been the highest income tax payer from Jharkhand, he added.