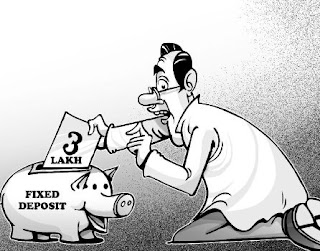 Form 15G and Form 15H are forms which can help a person avoid TDS in case one does not have to pay income tax at the end of the year. Form 15H is for senior citizens and form 15G is for others. In this article we will see how a person can avoid payment of TDS by submitting these forms 15G and 15H.

The conditions under which Form 15G and 15H may be filed are similar yet with a significant difference. Each taxpayer needs to fully understand the specified conditions and ascertain whether he or she is eligible for filing the relevant form. Filing the form without being eligible to do so is illegal and will invite payment of interest on the tax payable and also a penalty. This article is about explaining the difference.

Section 197A of Income Tax Act

If you believe that your total interest income for the year will not fall within overall taxable limits, you should inform the Bank not to deduct TDS on deposits. You can do this by submitting a form as per the provisions of the Section 197A of Income Tax Act.

The Finance Act, 1982 has inserted a new section 197A with effect from June 1, 1982. The section enables an individual who is resident in India and whose estimated total income of the previous year is less than the minimum liable to income-tax to receive interest on securities, dividends and other interest without deduction of tax at source under sections 193, 194 and 194A of the Act on furnishing a declaration, in duplicate, in the prescribed form and verified in the prescribed manner. Rule 29C and Form Nos. 15F, 15G and 15H have been inserted in the Income-tax Rules, 1962 by the Income-tax (Fifth Amendment) Rules, 1982 prescribing the forms for the purposes of section 197A and laying down the procedure for furnishing the declaration form.

The forms required for different categories have been listed below:

Rule 29C of Income Tax Rules offers individual taxpayers the facility of furnishing Form 15G or 15H, as the case may be, requesting the payer of income not to deduct any tax. These forms have to be filed in duplicate and once the bank or the post office takes them on record, the entire interest is paid to the investor without any tax deduction. Important points that one needs to remember is

Difference between forms 15G and 15H

Form 15G: Declaration under sub-sections (1) and (1A) of section 197A of the Income-tax Act, 1961, to be made by an individual or a person (not being a company or a firm) claiming certain receipts without deduction of tax of tax.

This can be ascertained by finding out if he satisfies both the above conditions.

The first condition is that Shah’s final tax liability should be nil. Though Shah’s gross income is Rs 2,90,000 lakh, on account of his Section 80C and Section 80D deductions of Rs 1,00,000 and Rs 15,000 respectively, the net income falls to Rs 1,75,000 lakh and consequently he is not liable to pay any tax. Therefore, Shah satisfies the first condition.

However, we find that since his interest income of Rs 2,10,000 is more than the basic exemption limit of Rs 2,00,000. Shah does not satisfy the second condition and hence he is not eligible to furnish Form 15G to the interest paying organisation.

On the other hand Form 15H imposes just the first condition, in that, the final tax on the investor’s estimated total income computed as per the provisions of the Income Tax Act should be nil. The second condition imposed by Form 15G is not applicable in the case of Form 15H.

As pointed out earlier, all Mehta has to do is to ascertain his final tax liability. It doesn’t matter what amount he receives from which source; this information is irrelevant for Form 15H. We find that Mehta’s net income works out to Rs2,50,000 (Rs3,00,000 – Rs50,000). As the basic exemption limit for Mehta is also Rs2,50,000 (on account of him being a senior citizen), his net tax liability is nil and hence he is indeed eligible to submit Form 15H.

So difference between Forms 15G and 15H is that

Any person making a false statement in the declaration shall be liable to prosection under section 277 of the Income-tax Act, 1961, and on conviction be punishable: