PAN, Assessment Year, Amount and Other Corrections in Tax challan 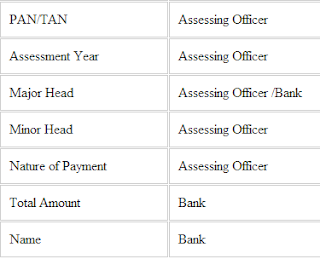 NSDL receives tax collection data as uploaded by the bank. NSDL is not authorized to carry out any changes in the data sent by the bank to TIN.

The fields that can be corrected by the Taxpayer through Bank are tabulated below:

The time window for correction by the bank is 7 days from the date of receipt of correction request from the tax-payer.

The changes can be made by the banks, subject to following conditions:

After the window period available to banks for challan correction, the assessee can make a request for correction to his or her assessing officer, who is authorized under the departmental OLTAS application to make such correction in challan data in bonafide cases, to enable credit of the taxes paid, to the concerned assessee.